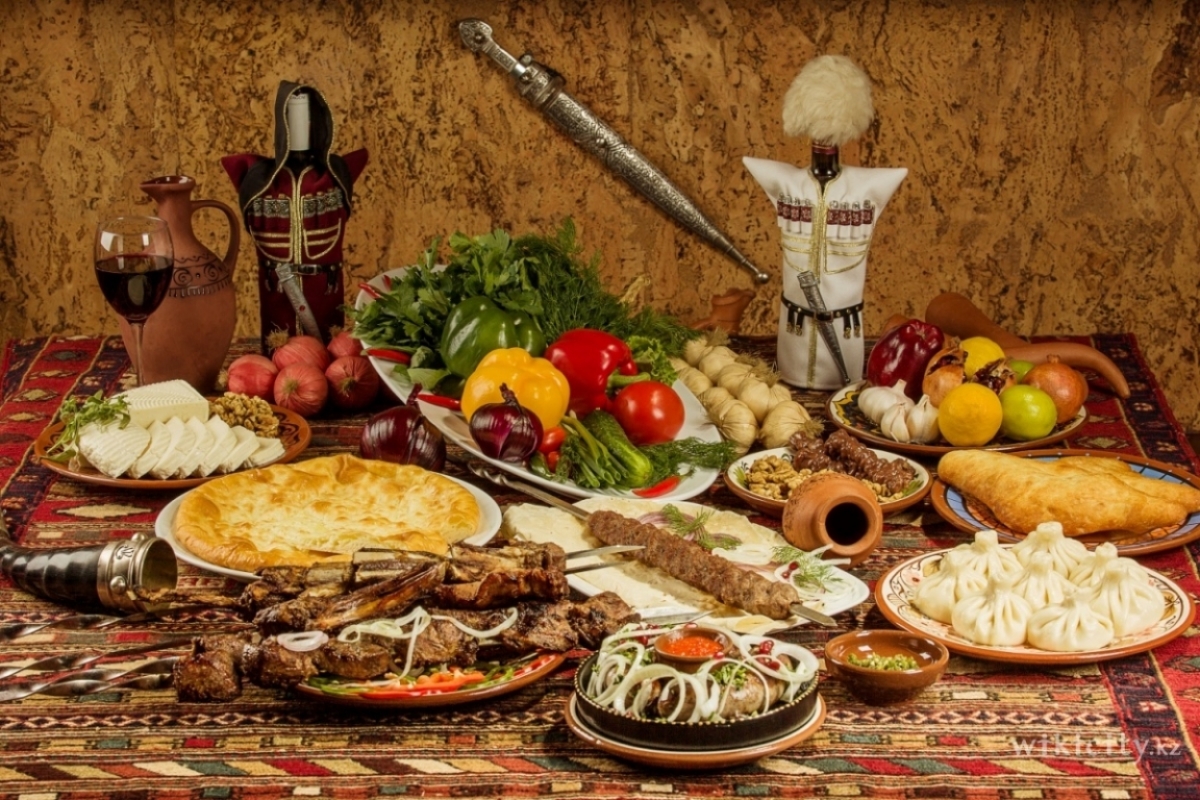 Georgian cuisine is probably the most important attraction of the country. Since the traditional Georgian feast is an integral element of culture, Georgian entertainment should match its high level. Georgians have managed to make their cuisine not only magically delicious but also bright, original, exquisite, unique and unforgettable.

Therefore, Georgian cuisine absorbed the best culinary traditions of many people of Transcaucasia, Asia and the Black Sea coast. The western part of Georgia was affected by Turkish cuisine, the eastern – by Iranian. Therefore, in the western Georgia widespread are the corn flour flat cakes from– mchadi, while in the eastern Georgia people prefer white bread baked in huge clay jugs.

The easterners use corn flour to cook thick mash - gomi - and eat it instead of bread with meat and vegetable dishes. Eastern Georgians cook mutton, use many animal fats along with the core Georgian meat – beef, while in the Western Georgia they eat much less meat and favor poultry – chicken and turkeys.

However, these insignificant differences can not be the reason of distinguishing between western and eastern cuisines. There is only one "Georgian cuisine" when it comes to reception of a guest of honor. And of course only the freshest ingredients, obligatory sauces, seasonings, spices and greens are used for cooking.

MEAT
The main feature of Georgian cuisine is the presence of all kinds of meats (unlike in Moslem countries) – poultry, beef, mutton, and pork. Caucasian people love and can cook meat. Such dishes as shish kebab, satsvi, chickens tabaka, chikhirtma and chakhokhbili have long been rated as international. They are cooked in different countries of the world! The priority in Georgian cuisine is given to meat dishes. There are dozens of recipes! Read more...

SAUCES
The distinctive feature of Georgian cuisine is an abundance of various sauces. One and the same dish can served with various sauces, differs not only appearance, but also in taste and aroma. In Georgia the basic sauce ingredients are berry and fruit juice or pure from cherry plums, sloes, pomegranates, blackberries, barberries, tomatoes which is boiled until thick and mixed with vinegar and spices. All the Georgian sauces are cooked from natural components: fresh vegetables, spices as well as berry and fruit juices. Tomatoes, pepperidge, pomegranate, sloeberry, tkemali are also often used. Read more....

NUTS
Nuts are an essential component for various soups and confectionery. It is impossible to imagine the Georgian table without them.
Georgians quite often use hazelnuts, almonds, and walnuts which are the most popular.
The traditional Georgian dish is aubergines with nuts. They are served with traditional Georgian sauces and seasonings, also enhanced with nuts.Read more...

SPICES
Spices are very important in Georgian cuisine. They are used all year round be it breakfast, lunch or dinner. Depending on a season it can be parsley, fennel, ramson, mint, basil, savory, estragon and other greens.

VEGETABLES AND GREENS
Georgia is a fertile country in which vegetables were widely used as food. The abundance of meats on a Georgian table is always accompanied by considerable